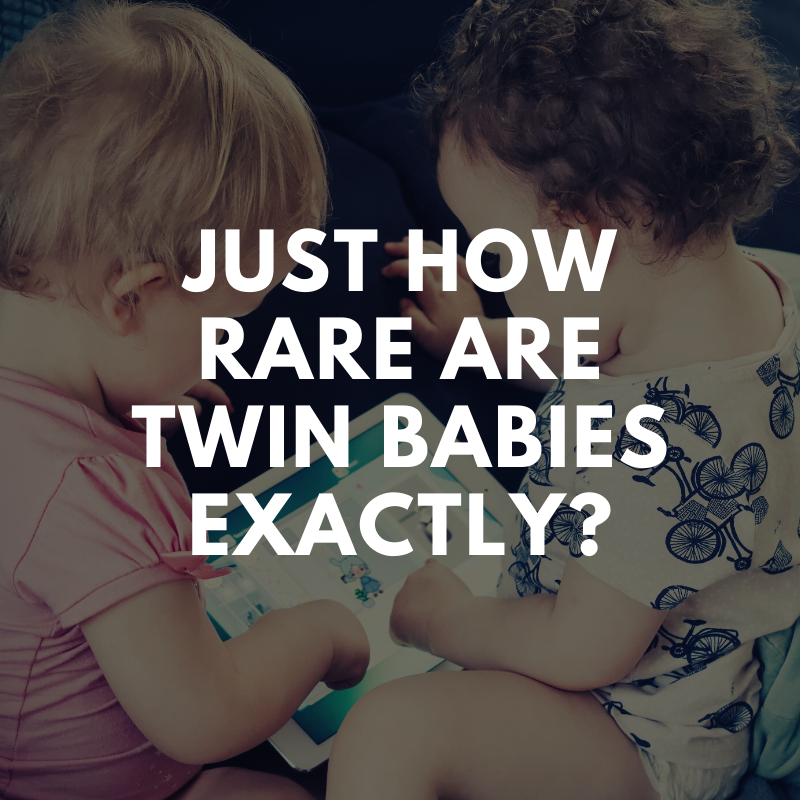 There are 360,000 newborns that are born every day according to the United Nations. As a twin parent, we never went in expecting to have twins so were pleasantly surprised when we found out the good and slightly scary news – we were having twins!

But how rare is having twins exactly? Good question. This article looks to explore this question in great detail. We’ll look into the increasing number of people turning to fertility treatments and how this can increase twin numbers while also looking at how rare having twins naturally can be.

Over the last 25 years, we’ve seen a rise in the number of twins being born which we can attribute to a variety of reasons. In fact, the chances of having twin babies have increased to 32.6 per 1,000 births.

Why are we seeing the number of twins being born increasing?  In some cases we are seeing a gradual change in how people are having babies where they are now trying later in life or using fertility treatments whilst we are also learning more about the contributing factors that cause people to have twins. Some of these reasons that increase your chances of having twins include:

If a woman is pregnant with twins, it is more common for them to give birth to fraternal twins. Fraternal twins are no different from having siblings that are born years apart. You can have two girls, two boys, or a boy and a girl. They will generally share looks similar to how a siblings would share looks without being identical.

Fraternal twins occur when two eggs are fertilized separately by two sperm cells. They don’t share the same DNA, which makes them similar to siblings that are not born together.

How Common is it to Have Fraternal Twins?

For the purpose of this article, we aren’t going to go into great detail about each of the above and what this means for your pregnancy. We’d recommend Twins Australia as a great guide that explores this topic in great detail.

How Common is it to Have Identical Twins?

Risks Associated with Having Twins

Having twins comes with an increased level of risks vs. someone having a singleton pregnancy. Some of the risks we continue to see in twin pregnancies include:

If you’re reading the above and slightly freaking out, you’ll be pleased to know that with the increased number of twins being born, this helps us better understand how we can identify some of these risks early so they can be properly tracked and managed throughout the pregnancy. If your scans detect any of the above, it’s likely your doctor will recommend you have more scans so these risks can be carefully monitored throughout the pregnancy.

With the rate of twins being 1 in every 250 pregnancies we can confirm that having twins is rare. Depending on what type of twins you are having (dizygotic vs monozygotic) you may find your twins are even more rarer.

As a twin parent I can safely say that having twins is one of those most amazing things you’ll experience. Sure, it can be super tough having two babies when most of your friends only have one and can’t really relate to what it must be like having two babies at the same time.